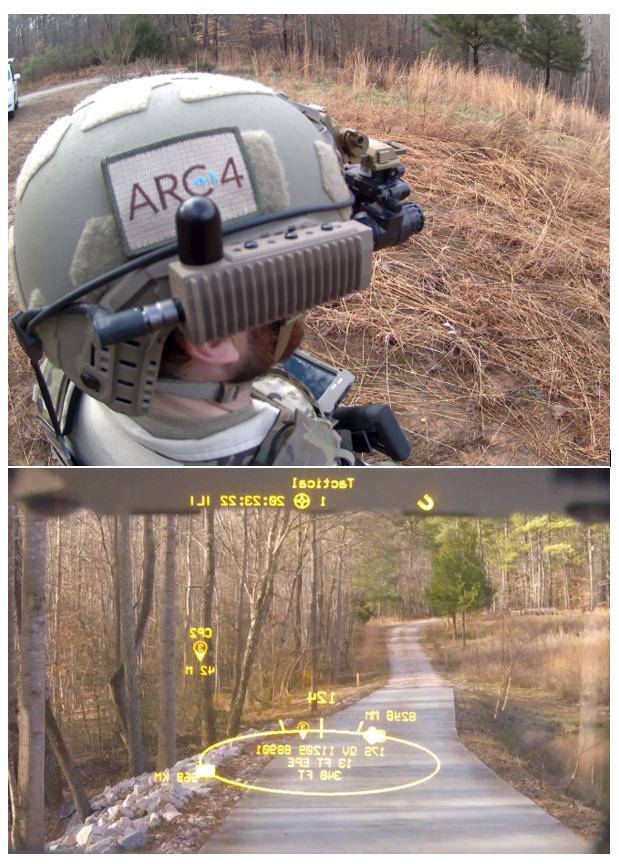 Founded in 1979, Applied Research Associates, Inc. (ARA) offers innovative technologies and solutions to problems to improve our safety, security, and way of life. Our employee-owners, most of whom have advanced degrees in engineering and the physical sciences, have the expertise to tackle the most challenging technical problems.

With offices throughout the United States and Canada, ARA is globally recognized for applying technically excellent, in-depth and diversified research, engineering, and technical support services to provide answers to complex problems. ARA approaches every project as an opportunity to go beyond expectations by delivering solutions that accomplish objectives and lead to new possibilities

ARC4 features visualization of geo-registered information to provide real-time situational awareness for outdoor, on-the-move applications. Rather than looking down at a 2D map or smartphone device, the user sees virtual icons overlaid on their real-world view with their head up and eyes out on the environment.

It enables personnel teams to perform tasks with high awareness of their surroundings, in close coordination with each other, and with enhanced safety and speed. The icons allow the user to track targets, friendlies, routes, waypoints, and more, and ARC4 integrates with battlefield management systems such as ATAK.

ARC4 interfaces to daytime heads-up displays and night-vision goggles. It’s currently in use by the Air Force Special Operations Command, U.S. Army Rangers, and the 1st Special Forces Group, and is currently deployed to Southwest Asia Theater of operations.